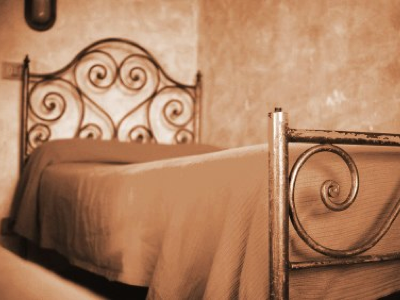 I sit on the broken concrete steps of the Clover Leaf hotel and light a cigarette. I know I should quit, they cost too much money and they’re probably killing me, but it’s the only thing I have that belongs to me, the tired smoke from my sticky lungs is my own and no one else’s. Waiting tables always means I belong to someone else, the cooks, the customers, Mary’s coked-out son who took over the place after she died, Hi, fine, what’ll it be? Millie, get your saggy ass over here and pick up your order! You got customers waiting, this is no time for a smoke! The Clover Leaf burned down years ago, but no one ever tore it down, what’s the point, it isn’t worth the money Warrensburg would spend when another dive will just burn down in it’s place.
Jimmy used to live in room 405. The room was condemned, an old forgotten crime scene, blocked off and haunted. No lights or TV, just a bed and a toilet they couldn’t flush at night for fear of waking someone who’d find them out. Didn’t matter anyhow, Jimmy’s dad pissed out the window when he was drunk, which was always, and the only people who stayed at the Clover Leaf were fellow drunks and junkies too deep in artificial sleep to hear the morning garbage rounds, let alone a midnight toilet.
I’d visit Jimmy after school; he’d bring me back when his dad was working or drinking, didn’t matter, he was gone and we’d play robbers up and down the hall. His neighbor was a tranny hooker named Dinah who said we were just too precious, his exact words, just too precious. When he wasn’t expecting customers, he invited us to his room to watch game shows on TV and drink cocoa he made on the hot plate in the bathroom. Sometimes he’d let me try on his electric wigs and glitter shoes, tacky beautiful things my Gram wouldn’t buy me, tell me how beautiful I looked and how I was sure to be a movie star when I got older, little doll face like mine. I’m only twenty-six now and my doll face has aged twice that, the cigarettes aren’t helping. Even without them I’d still be old. This city ages a girl three years for every passing birthday.
The night manager found them when Tony called Dinah a pervert, stay away from my boy and Dinah said someone’s gotta raise him right, show him a little respect. Tony punched out Dinah and the night watch found them brawling in the hallway and called the police. Tony went to jail and Jimmy went to foster care and Dinah moved business to another hot-sheet. He’s probably dead now of some street disease and Tony’s long gone, but Jimmy’s still waiting up for me to come home with a six-pack and cigarettes and a TV dinner. He’ll have to wait a little longer. I want to sit and finish my smoke.
I like to pretend Jimmy died young of some pretty disease, leukemia or tuberculosis like the silver women on Gram’s teacup stories. It’s better that way instead of him being useless, drinking in front of the lines on the TV until a job comes along, maybe once every two months for two weeks, hauling tomatoes or lumber across the country. Until then it’s how was work, baby and a tired kiss and no silver dreams, not for us. Unpaid bills, cold water showers, a double shift if I can get it.
I like to imagine he hits me, throws me against the wall and calls me a tramp, slaps me across the face and tells me not to ever, ever disrespect the man of the house. Then I imagine he slams the door and I pick myself up and pack my suitcase, catch a bus and run away from this life. If he hit me, I’d have a reason to leave, but weariness and dead dreams are no reason to walk out when he needs me. Millie, baby, he says at night when he’s half a beer from sleep, Millie, baby, you’re all I got and without you I’m nothing, baby, as long as we got each other we’re sumthin’.
So I sling plates and pour coffee six days a week at Mary’s, it beats what I could have been, a stripper or a pink-pants girl. I know I’ll never be a movie star, it’s a hope long since gone, one more dream broken like the steps of the Clover Leaf hotel. I stamp out my cigarette and stand. The late-night grocery on Euclid’s is still open.