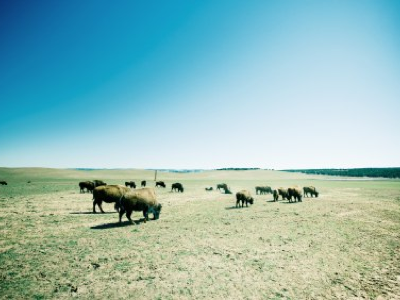 The church bells have settled back down and it’s a struggle for her to keep up with a flock of emaciated white streaks as they slide against the intense light of the day’s blue sky.

‘It wasn’t me,’ she says, squinting into the car’s interior.

This man, with his unbuttoned shirt, gold chain sunken into his grey chest hair, frowns and shakes his head.

‘I doubt I can help you,’ she says. ‘I lost my sunglasses and it hurts my eyes to speak with you.’  Her hand in her purse.

‘That’s not my problem,’ the man says, as his thin mustache dances like a pelvis, perfectly in time with the rhythm of Italian disco.

She thinks, I should walk down this cement hill and buy a cheap pair of shades.

‘Toronto is hot in July,’ the cabbie says. ‘There’s a strike there, miss. Trash piled up in the parks.  Hidden in the jungle gyms. Can you imagine?’

She can’t.  Rolls down her window a few more inches.

He bounces slightly in his seat to the radio.  He’s emphatic in the mirror.  Encourages her to smile.  To dance with him.  Horns sound.  The car jolts; then stops in the face of a red bloated intersection.

A free ride is a free ride, she thinks, not fully convinced.  In this battered bathroom she keeps on her toes.  She drops the cab driver’s personal card into the bowl and sits down.

How it must feel to be washed down with the water into the dark!

She recognizes it instantly, a decent band of white powder.  She will have to touch the muddied floor, rank from early drinkers.  This little score is caught in a filthy pool beside a black trashcan with its crumbled and streaked brown paper in full bloom.

This feeling, this feeling is a going away party and you don’t want to leave but you know you will leave and never, ever, see most of them again.  This is where she questions whether she has gone too far?  Where she thinks, no, I’m just getting started and I need a cold drink and I need to leave the bathroom because someone is knocking, angry, needing to piss.

A girl holds her hand.  They’ve made a hand sandwich.  The girl’s black shirt is loose and free and her jeans are folded neatly at the knees.  She says, ‘Buffalo live here.’

Now their fingers are locked into the chain link fence.  She’s with this girl that shaves the sides of her scalp, Linda.  Two of the buffalo stroll like woolly brown clouds across the splotched patches of dead grass.

She thinks, in those parks the people stop for the buffalo; the buffalo manage the roaming.  There, in front of her, are the caged buffalo of Golden Gate Park.

Linda says, ‘Here comes the fog,’ she says, ‘I wish I had a coat like the buffalo,’ she says, ‘I could stay with them all night,’ as a small calf plods over to a shoddy corral.

Once again, there are three of them and one of her.

It’s her turn to catch and then throw a disc but she walks, wordless, out of the circle, towards a small trail that leads out of the grass heavy picnic area.

Now, she’s in the cement avenues that smell of oceanic salt.  She waits on a washed out corner.  One empty train heads to the ocean, the other heads to the city.  She thinks: there have been too many days just like this.

She turns the key that opens a thick gate and then turns another key that opens a heavy door to a garage, which leads to the room she rents.  They do not speak the same language, her and her neighbors, but they share barren and dull white walls.  Their carpets are beige and bleached.  They nod at her, a flashing screen as their backdrop; and she drifts into her room.

She thinks there have been too many days just like this.

She sits on the empty floor.

Tomorrow, she thinks, tomorrow when the sun breaks the clouds into thin strips, when the buffalo walk to the far end of their cage; when the fog crawls back on top of this city, then she will go back to who she was.