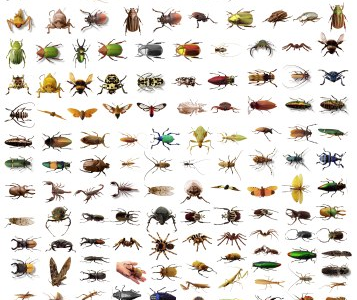 Toward the end of the Eighties, my body stopped working. After what seemed like an ordinary bout of the flu, I never fully recovered. For many hours each day I was beset by staggering fatigue. My previously iron stomach, for no apparent reason, became an unpredictable minefield.

Searching for an explanation, I went to the doctor. And then another doctor. And then another. Over and over I heard the same verdict – there’s nothing wrong with you. But clearly there was something wrong with me, psychosomatic or otherwise, and I needed guidance in how to address it. This need sent me on a deluxe tour of complementary medicine, from its well-respected center to the diciest of its fringes.

Wherever I went, a new culprit for my malady was revealed. Sometimes it was a virus, such as Epstein Barr. Other times it was a syndrome, like Leaky Gut. Most often it was labeled an “imbalance.” Usually there was a test administered to prove the imbalance, and this seeming clarity would always uplift me. But then my spirits would just as quickly plummet, as soon as the recommended treatment provided absolutely no relief.

After months on this medical sojourn, with symptoms still as mysterious as they were unrelenting, I withdrew. No more doctors, mainstream or alternative. No more prescriptions, pharmaceutical or herbal. I vowed to get to the bottom of the mystery myself, and began by process of elimination. Everything that might be stressing my system had to go, starting with the likeliest suspects. That meant alcohol, sugar, wheat, dairy – pretty much all the good stuff. When that didn’t help I began avoiding possibly noxious environments. The mall, for instance, was suspect for its sensory overload. Even air and water were off-limits, unless sufficiently filtered.

Soon I grew brittle and high-strung. Waiters were quickly annoyed at my endless questions – “How was it cooked? Was there something else on the grill? Any pre-packaged sauces?” I stuck to my conviction, however, and gained support from others in the same predicament. We saw ourselves as canaries in a coal mine, as early warning systems of a world befouled.

While certainly understandable, the way I dealt with this medical crisis in its first years didn’t increase my wellness or earn me much serenity. What I gained in control I lost in freedom. This is similar to the way many people approach their own challenges, and not just those about illness. First they identify threats to their peace of mind – “I can’t be around my mother.” “Politics depress me.” “My spirit just sinks in a big city.” Then they plot their retreat. Which isn’t wrong, to be sure, but it always comes at a price.

And that brings us to the lowly cockroach. A cockroach may hide, but it never retreats. The cockroach’s motto is “Adapt!” It finds ways to survive, to thrive even, in just about any environment. Remember that the old adage that cockroaches will be the only species to make it through nuclear war? I don’t know if it’s true, and I certainly won’t be around to find out, but just the possibility is instructive.

Uneasy with my self-imposed moratorium on everything, I began to think about the schooling a cockroach might impart. I imagined it would look up at with me with pity, but at the same wag its antennae as if to say, “You oughta know better.” And then, the real sermon would begin.

“The opposite of serene, you silly human, is finicky. What good is well being in a sterile bubble? I mean c’mon, I’d rather swig Raid. If you’re so good at surfing your emotions, why can’t you do the same with the outside world? Don’t demonize that cheeseburger; evolve a new stomach for it. Don’t flee from that toxic waste; light your house with its glow!”

As you can see, cockroach wisdom only goes so far. Had I cavalierly pursued many of the things that caused me the most systemic stress, my condition surely would have deteriorated. Likewise, if all of us sought to do a million years of evolving in one lifetime, we’d quickly perish.

Still, over the years that followed I took the gist of cockroach wisdom to heart. While accepting the limitations I’d been dealt, I also kept testing and updating them. In other words, if sugar made my symptoms worse in February, I downed a small bite of cake in March. Sometimes I was met with a setback, and sometimes I was freed to indulge. Sometimes I had to update in backwards fashion, meaning that a new license to dig in would later get revoked. No matter what, however, the whole experiment was always worthwhile. It allowed me a life at the edge of my capacity, rather than one needlessly diminished.

I realized that just as serenity doesn’t require any particular pace, it doesn’t prefer a monastery either. Or a cave. Or anything else that sets us apart from our surroundings.

If we succumb to the tempests around us, and don’t consistently seek the greatest possible shelter in each moment, there’s no question that our serenity will fade. But if we don’t keep updating our requirements for well being, and learn to live as well as possible within the tempests, we’ll never find the eye of any storm.

Today, my fatigue persists. So does my shaky stomach. No cause has ever been identified and every day offers me new inner and outer waves to surf. While riding those waves, I never stop wishing for better health. But I never get out of the water either.

From the upcoming book, Surfing Your Inner Sea: Essential Lessons for Lasting Serenity, Chronicle Books, August, 2009. This copyrighted material may not be reprinted without prior written consent.