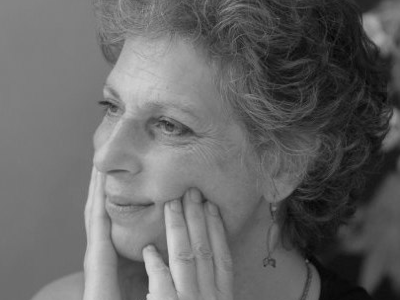 NS: 57 Chevy. Something that fascinates and draws me into your prose is the feeling of being in a richly textured world with hilarious, straight talking characters. Can you say a little about your use of language; visual detail in contrast to the story your characters tell in blunt tones?

Debra: I couldn’t have created a more fitting name for our tract subdivision than “Storybook Lane.” I think the details of glossy chrome fins and repetitive floorplans reflect the air of unreality that we breathed every day in that whitewashed “utopia.”  But the sun couldn’t wash out the truth of the families in the houses.  Going back as a writer, though, the memories take on a heightened quality. I wanted to contrast my grandma’s negativity with our updated lives, so the scene with Bonnie on the porch was born. I wish I could say that I plan every detail to create an effect, but I think it’s like painting, you go in with an open mind and what wants to come out, emerges. Oh, look—this is turning out to be a picture of me stuck in the middle of two worlds.  I had to shorten the piece for your word limit, which ultimately made the piece stronger. When you take out extra words, the visual details and dialogue emerge more sharply, and then they tell the story themselves.

NS: Please tell us a bit about when you connected to ‘story’ as a part of your life and what that means to you now. I feel a deep culture of family and connectedness as I read your work. I want to hear a bit more about those roots.

Debra: Before becoming a writer, I was, and still am, a professional storyteller– telling oral stories to audiences. I started with folktales, progressed to stories of strong women, and have ended up telling Jewish spiritual stories, often blended with my personal stories. I can’t seem to avoid mixing the archetypal with the personal  in both my storytelling performances and in my writing . They seem to want to jump out and embrace each other, so I just let them.

Writing memoir became a way to further discover the ancestral stories that live in my bones.  No matter what I sit down to write about, the stories of my family that have shaped me, still want to be explored.  I can sit and meditate for hours until the voices  and stories in my head are quiet, but when I sit down at the keyboard, they come up for a heyday. Since my memoir, Bringing Bubbe Home, is about taking care of my 103 year-old grandma in the months before her death, I’ve had to take a close look at the roots of my family, especially the way the toxins and gifts have flowed down through the women. A warning about writing memoir, though: It can be very uncomfortable when you re-imagine family stories in detail. Ouch! Hopefully the result is that you make it into art, and that transforms how you feel about it.

NS: Richfield. This one has a nice surly tone to it. Again a sense of grit and another mention of the San Fernando Valley. I almost feel though that you grew up in some marginal desert town. Can you say a bit about the way your work touches upon the banality of various character? You get very close to these people in your image detail. I’m fascinated.

Debra: Well, how about a marginal orchard town? When we moved to the valley in ’56 it was just after the orange groves were bulldozed to make room for the suburbs. So there was sun and warmth with a palpable sense of agriculture lurking under the dichondra lawns.  The spray-glow patina barely coated the humans, though– just  rub gently, and there were those characters. I was drawn to the people  on the periphery of our world, who lived in their bodies and had sweat and sex. There was a sense of class differentiation that we couldn’t talk about, but I looked at our gardeners and mechanics, and it seemed like they were having more fun than we were.

NS: Your favorite authors and why, what touches you specifically?

Debra: I’d like to say some classical authors that I started out on, but actually I’ve almost forgotten them. Since MFA school, I’ve been reading a  lot of memoir. I’ve especially liked Kim Barnes, who writes in an earthy, but lyrical way about growing up in the west; Mary Karr, who makes a dysfunctional family so engaging with her hilarious scenes, and Abigail Thomas who writes so sparely that it’s a zen experience. Each of them is unique in their style, but they all move me with their experiences seen through a woman’s eye.

NS: Your ability to convey the visual in your work is really strong. Are you also a painter?

Debra: No, actually, but I do think in visual terms. I’m a bird-watcher, always going out with my binoculars and getting very excited about the stripe on a bird’s wing or the shape of the ring around an eye. Sometimes I wonder, though, how much of the detail I remember in writing is accurate, or my imagination.

NS: What you are up to now and what do you have planned for 2010 for your writing career?

Debra: I’m still spending time looking for an agent to champion my memoir, although I’ve slowed down on that a bit. In the meantime I’m writing short pieces and hoping to get some published so I can get paid for writing!