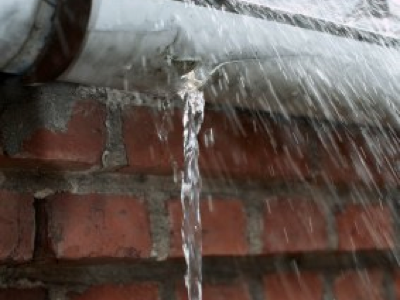 She’d left her lunch shift without her tips and called him from a red pay phone on Parker Street, a tumbledown replica of a once cherished London style phone box. Inside the box there were delicate militant patches of grass that had broken through the concrete. The splintered door to the booth was without its protective glass and now her socks were stuck to her skin as the demented February rain huddled her up against a few panels of un-smashed glass.

The phone picked up on the first ring.

Terra Jean heard heavy breathing.  The other side sniffled.  Coughed.

There was silence on the other end.  A lowered punk song she had once liked scorched along in the background.  Her earring dug into her neck.  “You can’t keep her,” she said. “You just can’t.”

The operator’s voice declared itself with stern and disruptive instructions.  She dropped in another quarter and then Benny returned, coughing, hurting her.

“…his phone is all that’s left,” he said, his voice strained.

“Then she went with him?”

“I imagine she didn’t have much of a choice.”

The rain surged against the glass.  Each tap harder and more impatient.

She could’ve cried right there with the wind spitting against her bare knees, but there was a bearded man watching her.  He wore a flopped down fishing hat and smoked a swollen limp joint as he stood on the sidewalk under a molded awning.

“I’m getting pissed on,” she said.

“I wouldn’t feel bad,” Benny said. “You’re not the only one. About an hour ago, two big angels with golden necklaces and rotten teeth practically kicked in my door.”

“When will it end?” she asked.

He hung up on her and she watched as the man outside of the phone box slugged into the slick oiled street.  In the distance, north of the raised city condos, bloated cheerless clouds herded themselves into the concrete carved mountainside of North Vancouver.

Benny lived in a small two bedroom flat atop a jazz bar that sold ground meat and poutine.  He rented out his other room to musicians, poets, and often times, Americans.  Despite the rain and fog and the frigid temperature that seemed to crystallize in her marrow, the bar’s garage door sat open to the sidewalk.  Thick smoke from the grill drifted into the street.

Terra Jean leaned against the end of a long unfinished bar.

“Carmine,” she called. “Are you back there?”

Carmine walked out from the back kitchen.  He carried a plastic bin filled with tomatoes and onions and peppers.  His long apron stained from casing sausage.  He kept his back to her and began to chop onions on the service bar.

“What’re we drinking today,” he asked in a soft voice.

Carmine dropped the knife and then grabbed a bottle from the cabinet at his feet.  He put two shot glasses on the bar in front of her.  The glasses were smudged from his filthy fingers.  The onions strong and present and consuming in the cold pressed air.

“I never liked him,” Carmine said, his eyes welled up and wet in the corners.

He swallowed.  Wiped his mouth.  Filled her glass and then returned to the kitchen with the empty bin.

She picked up the glass.  The whiskey bit into her tongue.  It rolled down her throat, as diminished droplets continued to fall from her hair onto the surface of the worn wooden floor.  The puddles stretching and shivering as Terra Jean poured herself another.