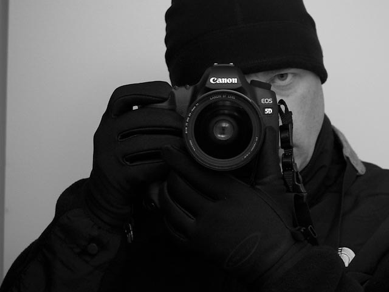 CAMERA
Click. Click – again. Click – and again. Wait…click.
The walls are never going to assume a new pose. Concrete is so awfully gray.
Go on, walk out…click. Another vantage point. Click. It’s under-exposed.
Click – caught something – 1/125th of a second. No exposure compensation. No morality meter.

In 1906 the certainty incinerated. In its place the great City arose again. This time we will withstand an 8.0; at what price exactly?
The business travelers arrive. They bunk down in the rooming house of cells. It’s a comfortable jail. They can’t open the windows, so they have to breathe the conditioned air. They become conditioned. Humans are so adaptable, they can survive almost anywhere.
Even in downtown America.

Click. The fog and clouds make a mockery of your slab-sided edifices.
A leaderless society just got a leader.

I go to the orange bridge. The air has shifted. It’s colder now, and blowing from the north. F-7.1 at 2 seconds, ISO 800, 70 mm. The sky is moonless. The stars streak across my sensor, as the bridge glows in sulfuric light. The red beacon shines atop one shoulder. Open panels in the superstructure attempt to frame the cosmos. What elegant folly.
My tripod is carbon-fiber. But the wind is stiffer. Long exposures suffer from the buffeting. My brain is beginning to freeze. Tail-lights and head lights merge into streams across the span.

The small towns just to north of the Gate each slowly descend into the suburban horizon the farther Alaska bound one ventures. One of them, around an old mill, has shed its frontier and hippy pasts to become trophy wife-ville. Its studied quaintness begs the question of rot beneath. One of my $475 an hour lawyers lives there.
I can’t find the objects of my derision in the hills of the old mill town. I leave empty handed, I believe. Maybe in the contact sheets, the edits, something will stand out? Or not.

MONTAGE
Boston, twenty degrees. It’s January. On our way to the Garden in a late 1980’s BMW with a huge back seat. My colleague Chris and his glasses, framed by the oversized rear door window, stared through the partly steamed glass at the Leonard P. Zakim Bunker Hill Bridge. It was a photograph. Ushered into the private corporate boxes, without a glance at my big equipment pack on my back, fifteen pounds of camera and lenses, a flash. I kept thinking I could have a scope and sharpshooter’s rifle. No one would have known. In the box, comments about my zoom lens – was I compensating? Of course I was. For my insecurity about what I was doing. Why was I now taking seven hundred shots of pituitary cases stuffing a ball through a hoop? I got one photograph. Not a good ratio.

Back in the hills of my City. There’s a vista I love, I wanted to capture it at the school on Parnassus. I wanted to anthropomorphize the towers that rear themselves above the mundane-ness that rolls to the ocean. Arched eyebrows of windows of a medical building appeared to stare into the sunset and the great ocean. The feline head of de Young’s latest incarnation seemed more human than pet. It is a post-modern Sphinx—An homage to the ancients? Her flat crown cut a line across the headlands. And the sky allows wispy clouds to frame it all.

A mother in a hat, red shirt, with two children trapped in a rolling contraption. She knelt down, and together they peer at the view through the railing at the edge.
Click. The same image—A photograph of the unconsciously imprisoned. Another woman in the coffee shop with one seat of the view that she occupies noticed me. A businesswoman from a small town on the eastern edge of our conurbation – she said she envied me. She used to do street reportage in the City, years ago. I told her she is doing her email at the best seat in the City. The sadness behind her eyes frightened me.

Me? I am a one-person visual department; watching, searching, fearing…and on occasion capturing a fraction of a second of Truth.