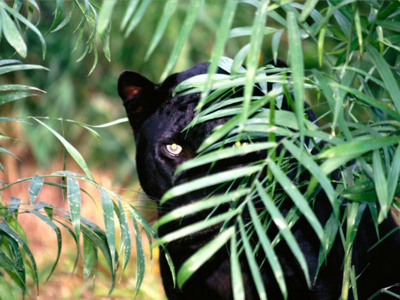 She used to think of him as a lion, with his great bushy head of blonde hair, and his massive chest, and the large paws that were soft and cushiony when he held her head in them. The friendly lion, who loved to eat barbecued ribs slathered in sauce, ripping the meat from the fragile bones, then licking his fingers with a long pink tongue.

Sometimes he licked her neck with that tongue, and it sent shivers along her body and she would grab him with both legs around his slim hips, and lay him on his back on the floor. Then he would smile at her, and his teeth, almost invisible in their sharp whiteness, would flash and he would play at biting her neck, just enough to tease.

She knew he loved her, but she knew he wasn’t the one. She liked the slender black leopard man who lived on the next block. His hair was slick and combed back shiny. He was dangerous in the way he moved, quiet and unassuming, quick and deadly.

If the leopard held her head in his paws, she knew his razor claws would leave marks on her cheeks. His yellow eyes lured her into his den and when he wrestled her down, and she wouldn’t move, even to breathe. She’d wait for him to close his eyes and drift asleep and then edge away. Still, she was never sure if he was really asleep.

She loved them both, lion man and leopard man. She ran away only because what stalked her began to burn.