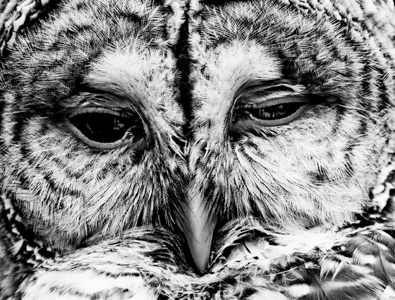 "I’m burning up inside." Harry shivered and coughed into his handkerchief. "But I’m cold." It seemed that all his students were coughing. The weather was changing.

Harry closed his eyes and, behind the eyelids, saw flashes. "I was thinking of my mother when she was dying."

"That’s no good. Drink your beer." Ken stared at his own beer. The cosmos was big, he thought, but here it was contracted to one glass. The nearest part of the cosmos was photographed as a velvet night against which flickered pinpoints of light that were eons away. Space was mostly a vacuum and increasing all the time. He’d seen a lot of shows about that on The History Channel and PBS. He raised his glass. "Here’s to us and to friendship."

Harry snorted. "May it get us to the other side." He finished the toast their usual way, though he did not think there was much on the other side. "Why wasn’t I more helpful to my mother? I resented having to drive her to the doctor’s office, waiting while she was fitted with a hearing aid."

"That was three, four years ago. And she made it to eighty-three. I don’t want to be heartless, but you shouldn’t look back."

"I feel I’ve lost my way. I’m middle-aged, but I don’t know where I’m going." Harry rubbed his forehead.

"It’s probably just your cold. Next week you’ll be happy how your students are writing their papers, and I’ll be happy they’re learning algebra." In the background, Elvis was singing "Blue Christmas."

Harry sighed. "Joyce is having a hard time with menopause."

Ken sipped his beer. "Connie too."

Harry shook his head. "I should’ve been more understanding when my mother was going through that. Instead, I was annoyed with her forever talking about hot flashes."

"We all make mistakes. Our parents love us anyway." His own mother never made it to menopause. She said to him, "Kenny, always remember I love you." And then she died.

"There was one time"–Harry’s face gleamed in the warm, brown light–"she was proud of me for making a birthday card for Grandpa." Harry was ten and he had come up with the idea himself. "She called me considerate and polite." He put one hand over his heart and smiled at the patrons in the bar. "She said I deserved all good things–the sun, the moon, a happy life, a friendly hand."
"She was a nice lady." Ken knew her only in old age, and mostly she was a quiet old lady, but she was playful too. He was carrying an armload of packages to her house for Harry’s fortieth birthday party and when she opened the door he said to her, "Give me a hand." She applauded, then covered her mouth laughing, and finally took some packages from his arms. Harry enjoyed his party with all the black balloons and jokes about getting old–that his ears would be hairier than his head, that he would dream about prunes and be proud of his lawnmower.

The neon sign advertising beer blinked and outlined half of Harry’s face. Harry’s eyelids drooped; he was beginning to show his age; Ken supposed he was too.

Harry coughed. "I need to go home. Joyce is waiting. We’re driving to her parents tomorrow. I’m trying to be good to them."

"You’re a good guy." Ken felt pity and affection for Harry, for Connie, for Joyce, for her parents, for the other people in the bar, for all of them.

"Yeah, well." Harry pushed his glass away. Joyce worried about her parents, but they didn’t want to move out of their own home. They had an old dog that Joyce promised to take in if need be. Her mother and father liked their neighborhood, the church they could walk to, the grocery store. Joyce and Harry were driving down to help winterize the house–put up plastic on the big windows, check out the furnace and humidifier. Snow had already fallen once and left a clean powder over everything, soft and silent, a promise of purity and renewal sprinkled over the roofs and yards and bare trees. In a while, the howling wind would be afflicting the runaway cats and wild birds. And then in a while after that, the drip of melting ice and chirping of birds and loosening of spring.