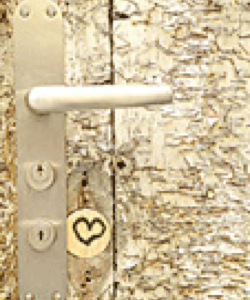 “We can’t be here much longer,” she leaned over to roll up the passenger seat window, even though Dereck was sitting in the seat.

“ Why Ma,” he asks, “I like it here.” She knew why. It was nothing like Avis, Pennsylvania, where the entire neighborhood tucked itself into bed at 7:00 in the evening. Here, the sun going down was like a rooster calling to its minions, signaling that the day had just begun. “Can’t we just stay the night here with Aunt Tricia? I’ve been having so much fun hanging out with my cousins.”

“No,” she quickly responded. She knew that she didn’t belong there anymore and she hoped he’d realize that he would never belong there as well. She didn’t want him infected with the comfort that had cursed many Park inhabitants into a life of poverty. Dereck looked at her with disappointment, with doubt in his eyes, while she eyed the group of guys littering the front of the corner store. She wasn’t sure if the smoke floating from their lips was from the cold Virginia air or the joint that they were passing around their circle. She settled on the latter.

She and Dereck sat there, waiting for Tricia to come out of the house with a plate of food from the funeral. If Laurie could have stomached another round of McDonald’s on the way back to the Renaissance Hotel, she would have left and taken her chances on Mickey D’s, but she was jonesing for the ham, collards, and deviled eggs that each of her family members had put pieces of themselves in as they prepared for Aunt Ella’s repasse. She might have also felt safer in the house with the rest of her family, but she didn’t dare leave her car unattended, for fear that she’d return and it would no longer be there. She began to grow impatient with her surroundings. Things that she hadn’t feared when she was thirteen, like running the streets of the Park alone at 3 a.m. or hanging in front of the same corner store that she was now surveying , frightened her, causing her to sweat profusely, gluing her body to the leather seat of her Lexus.

She spied a man walking in front of her car. His hands were hidden snuggly in his pockets, and he wore a bubble of a coat that gave the allusion of a hot air balloon. Her heart jumped into her throat. She quickly hit the automatic locks on the door, grabbed a hold of her cell phone and began dialing Tricia’s number. “What’s wrong, Ma? “ Dereck asked, searching her face for an answer. He followed her eyes to the man that she was peering at. “Come on, Ma. The man is just walking to his house. See, he’s not trying to bother us.” Dereck’s right, she thought to herself. That man wasn’t concerned with them, but that didn’t mean that the next one wouldn’t be. She was ready to leave, food or no food.

She gazed at the big oak with branches that towered over her former roof, waving stoically in the winter wind. She’d often sat in her bedroom window, looking out at that tree, wondering what strife it had seen in its years in the park. She’d sometimes mock it because it was stuck, rooted there and she was determined that she would not be. She now stared at its limbs through her sunroof. Each one was familiar and had seen her life in ways that she’d just as soon forget. They’d spied when she’d gotten into a fight with April in 88’ and had barely escaped with only a bruised ego. They’d witnessed her kissing Sanford for the first time on the porch and had promised that she’d be with him forever. They’d seen her as she waited at the bus stop on a cool wintry morning and peered at the gutter holding remnants of Jermaine Mills’ brain after he was shot and killed in 1989. They’d seen all of these things and she didn’t want them to see anymore. She didn’t want them peering into her son in the way that they’d peered into her. She didn’t want him to have to look through the veil of their leaves in order to see the world, the real world that was filled with success stories born out of broken cycles of dysfunction.

So, she silently sat in that car and she didn’t tell Dereck why they couldn’t stay there. She feared her warnings would have the opposite effect. She didn’t tell him that she believed their car would be stripped by the time that they woke up the next morning because they had out of state plates and all outsiders were fair game. She didn’t tell him that she’d seen someone’s blood, some mother’s child gunned down right where their car sat on that winter night. She didn’t tell him that her biggest fear was that he would choose the allure and excitement of the park over the ordered and privileged world that she had crafted for him, thereby mending the cycle of dysfunction right where she thought she had broken it beyond repair. She just sat in the car along with her son and watched the night walkers of the park as if she were a spectator in a museum of her former life.