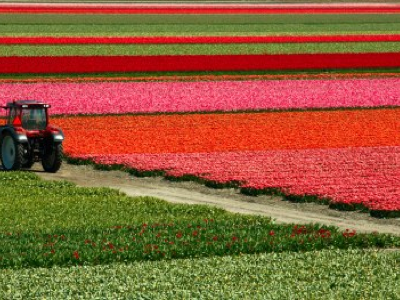 I pull into the Shell station and edge my car up to the pump.  I always have to think which side my tank is on, which wrenches me out of the muddled reverie that my brain is in when I drive.  A young man in a red shirt leans toward me and says, "What can I get for you?"

He never met George and his wife, Lee, the owners of the Richfield station on the corner of Nordhoff and Sepulveda  in the San Fernando Valley where I grew up. We knew them so well that nobody in our family even had to show them our Richfield Card.  "Just charge it to my parents,” I’d say breezily to George, as if he and Lee were our best friends and the station was in our back yard.

I don’t know how old George was. The Southern California sun had braised his cheeks brown and burnished lines into a web around his black eyes. He could have been Italian or Greek, but we didn’t know him that well. He was a compact man with short hairy arms who walked easy, like he owned his body. Not like my parents’ real friends who were pale and paunchy from sitting at desks and moved as if their bodies were rented equipment.

George and Lee lived outdoors and smelled of sweat and gasoline, an odor that still intoxicates me.   My first husband, a blond Lutheran man from a working class family as far from my Jewish, intellectual origins as possible, worked in a gas station the first year of our marriage.  He would come home at noon smelling of sour sweat and Ethyl gasoline, and we would make love before we ate lunch.

George’s wife, Lee, wore men’s trousers and a blue shirt, and carried an oily rag in her pocket to wipe oil from a dipstick before she leaned over and plunged it nonchalantly into an engine. Even in her boxy uniform, you could see her curvy shape, but she tucked her curves into her trousers as naturally as she eased that oily rag back into her pocket, with just the red end peeking out.  Lee’s face, like George’s, was tanned hard and rough like a piece of jerky, but she always rimmed her dark eyes thickly with Maybelline, and slicked her black hair into a pony tail, that swung with the rhythm of her walk.

I wonder now what Lee and George must have thought of my parents, who entrusted them totally with a series of Ramblers, DeSotos, and Lincoln Continentals. The Gordons, who gave their fashionably tanned teenage daughters their own cars as soon as they could drive, and instructed them to go to the Richfield station and tell George or Lee to charge it.  Maybe they didn’t think about us at all. They were busy changing oil and pumping gas, and letting the sun etch their faces.

The Young attendant in the red shirt at the Shell station continues to stare at me.  I shrug, "I guess ‘Ethyl’ was before your time."  He smiles condescendingly, the way only a 19-year-old can, and rolls his eyes, just slightly.  I glance around.  Lee and George are nowhere to be seen.  They’ve probably gone home to rub their tough, oily skins together and make love before lunch.

"Just fill it with regular unleaded," I say, " and put it on my Visa."