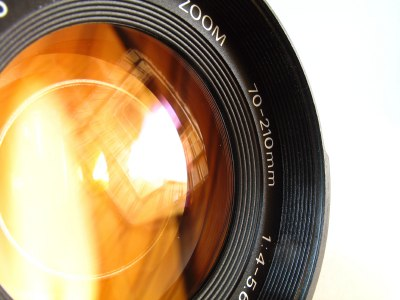 Seven days ago, a paroled pedophile was arrested for loitering at St. Augustus Elementary School. Seven days later, I was taking photos on a scorching summer afternoon Hermosa Beach, near the restored pier.  The black barrel my vintage 1988 Canon A-1 zoom lens focused on a sweaty man digging a hole in the sand. As I snapped the image, a four year old blond boy, face plastered with sand, crossed into view. Click.

“Excuse me.” A curly blond woman in a one piece black bathing suit padded up to me. “Who’re you with?” She smiled politely

“With?” Was she picking up on me? I looked at her and then my camera. “No. Not with a newspaper if that’s what you mean.” I cradled my Canon in both hands. “This is just for fun.”

“Steven!” The blond boy plodded up to his mother with a bucket full of sand. The mother hugged him tight and glared at me. “This is my boy.”

I shifted my bare feet in the hot sand. The mother backed away from me, clutching her son.

“Oww…!” The boy squirmed under her wiry arms. “That hurts.”

“I was aiming for him.” I pointed to the hole further up the beach. I shuffled toward the hole. “He was in here.” The pit was empty. Tracks led toward the swirling surf.

The mother stabbed her finger toward the sand. “Leave the camera there.”

“Have those pictures developed,” she said, “and we’ll see what for.”

“Crazy woman.” I turned away and marched toward the pier.

“Help!” The mother shouted. “Somebody help!”

I spun around. She retrained her boy with her right arm and rocked her left fist in the air. “Molester! Child molester!”

A crowd of sunbathers and volleyball athletes heeded her call and gathered about her, casting me with wary eyes. I smiled and waved. Bare feet pounded the sand as the crowd chased me. Pressing my Canon to my chest, I scampered under the pier. Maybe I should have snapped a few photos for evidence. The charging mass of flailing arms and outraged faces surrounded me. I twisted into the surf against the mollusk encrusted pilings. A wave splashed over me, drenching the Canon. I stopped, furious at the pursuers. Two flabby belly men pulled me under the surf and kicked me. Water choked down my throat.

A chiseled faced Life Guard pulled me out of the water. Canon A-1 lost. Shore patrol zoomed up in an SUV. Plastic cuffs squeezed around my wrists. I declared my innocence in the Hermosa police station lockup. Due to lack of evidence, the district attorney failed to press charges.

Seven days ago, KCLA broadcast a segment titled CHILD STALKERS.  Taking photos of children at beaches was a common tactic used by predators to select their next victims. Though my shots were lost in the ocean, my grey-bearded, balding drenched face appeared on countless websites via cell phone cameras, next to the outraged mother clinging to her cherubic son.

I sat in my studio, surveying my color prints of urban landscapes, Art Deco architecture, and female body studies. The e-mail and answering machine used to be crammed with client requests.

Now, nobody will talk to me.