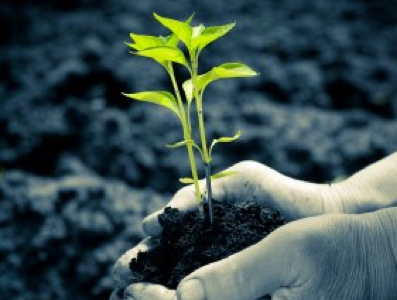 The Nursery lured us in, tiny seeds, with honeyed words and promises.  Come in and flourish!  The Drs of Horticulture said.  We will feed and water you and make you bloom.  We will help you perfect yourself.  We only accept the most promising seeds.

I wanted to be the best Willow I could, and the Nursery seemed to offer the right tools and support.  They ushered me into a warm greenhouse with other seeds and saplings.  The Director placed me in a pot of rich dirt and patted me in with soft fingers.  He sprinkled expensive bottled water over me and cooed.  When I sprouted, he praised my progress and angled me so I’d get a little more light.

The Dr. of Form pulled on fraying gloves and plucked out my limbs.  I cried, and he said, No no no, these are weeds, they are not a part of you.

No it doesn’t, it’s good for you.  Here is more fertilizer.

“But I’m already full. I just need a bigger pot.”

No.  You need to sit in that pot and ingest more vitamins until you’re ready.  Look at Dogwood—he is starting to bend at just the right angle.  Form is marrying content.  You could learn much from him.

Concrete bricks hung from Dogwood’s limbs like dull Christmas ornaments.  I thought he might be too bent, his bark straining and bunching, threatening to splinter.

I said, “Dear Dogwood, how are you coming along?  You seem to be in pain.”

He scoffed, “Of course I’m in pain, but it will pay off when this is over and I am the finest Dogwood ever.”

“But don’t you think you could be a beautiful Dogwood without those bricks?  Your white flowers are quite lovely.”

He tried to shake his limbs at me, but they were too heavy with form, “Stupid sapling, you’re too new to know anything.”

I thought he could be right, and anyway, the Dr of Form had taken my limbs, so I sat in my pot and tried to absorb my vitamins.

I grew bigger and almost forgot I’d once had more limbs.  The Dr of Content came in and said I was coming along nicely, but I was too much.  She brought over scissor-action pruners and snipped what was unseemly.

No.  These ends are unnecessary and detract from your beauty.  They run on too long and touch the floor.  These shaggy bits are not contributing to the overall content, which should compliment your form.

She finished with me and moved on to Mimosa, who batted her away.  The Dr of Content came back with lopping shears and tried to prune from a distance, but Mimosa wouldn’t hold still. The Dr of Content wasn’t making clean cuts.  I was frightened for Mimosa, who was losing fluffy pink blossoms all over the floor and running a risk of lion’s tails.  I wished she’d hold still and wait for it to be over.  One of her blossoms floated into my pot, and I tried to look away.  I thought the Dr of Content must know what was best, and anyway, the Dr of Form had taken my limbs, so I sat in my pot and tried not to feel cold where my ends were trimmed.

I woke that night to Mimosa weeping, “What is wrong, dear Mimosa?”

“My form is all wrong and they’ve stolen my content.”

“Perhaps it’s just this intermediate stage that is hard.  If you give it time, you may find you’re better than you imagined you could be.”  I was trying to be helpful, but she didn’t answer, so I went back to sleep.  In the morning she was gone.

After three years I had become everything they had promised.  They pulled me from the greenhouse and put me outside with the other trees.  The air was colder than I remembered and the sun was too yellow.  My contemporaries were quite beautiful, their forms impeccable.  We carried ribbons and waited to be snatched up by the highest bidder.

Dogwood bent over gilded crutches, his flowers a little wilted where the bricks had been strung, almost imperceptibly so.  His woundwood seeped where limbs had been removed and the callus tissue wasn’t healed quite right.  He saw me examining him and crimped a branch to show off his blue ribbon, “I told you so.”  I thought he might collapse from the effort, so I looked down in embarrassment, and saw my own tendrils falling into my blue-ribboned pot.