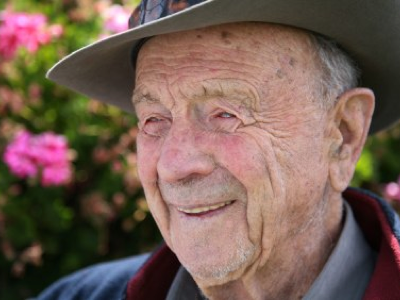 Flat rimmed glasses rested on the crescent moon of a nose he had plastered on his face. He smoked three packs a day and rarely read anything other than hunting magazines, but he sat here in the library for hours in the steady hum of fluorescent lights and bleached floors. I often looked at the old man from the tops of the spines of Kerouac, Keats, and Twain because there was a mystery about him, like he was expelled from college for being too brilliant. His voice was raspy like Tom Waits if he drank sandpaper martinis, and he never checked anything out just read it in the library minding to return it to its proper place like a crooked necktie after the final page was turned.

Sometimes I could hear him muttering curses at the outdoor writers, like a 1970’s cynic pissed off about the latest critique of Howl. I brought the old man coffee, even though I never got a thanks. Most days I felt like a secretary bringing it to him, just doing what was needed done.

That old man died one day walking home with all of his bags. He was hit by a pickup full of returning college students. The write up in the paper said he was homeless, and that there was nobody to notify of his death. I called the morgue and volunteered to write his eulogy.

“Readers never forget that the worms always win, but they can’t touch the soul.”